Airnergy (Active Air) is a non-invasive oxygen therapy, also known as spirovital or respiratory therapy. It utilizes a specialized device to continually convert oxygen in the air (triplet oxygen) into an active form of oxygen (singlet oxygen) that the body more easily absorbs.

Oxygenation is one of the most crucial processes in life. We can live roughly 3 weeks without food, 3 days without water, and only 3 minutes without oxygen. The quality of the inhaled air is significant, and factors such as pollution and poor indoor air quality may have a tremendous impact on our health and cause low energy levels, fatigue, tiredness, anxiety, heart disease, shortness of breath and many more chronic conditions. Pollution is one of the biggest global killers, affecting over 100 million people, which is comparable to global diseases like malaria and HIV.Yet we also know that the greatest regeneration potential is there to be found in healthy air in our forests and mountains.

The unique and simple concept behind Airnergy was introduced by a German company as a medical device, which considerably improved energy intake when breathing by optimizing the oxygen utilization of cells and thus having a positive effect on a variety of bodily functions.

Airnergy is used by Olympic athletes as well as patients struggling with chronic conditions. This therapy is suitable for the regeneration of cellular functioning, and those suffering sleep disorders, infectious conditions, respiratory conditions, and many others. It also helps to strengthen the immune system, stimulate self-healing, regulate the capacity of the autonomic nervous system (ANS), and optimize metabolic regulation. Airnergy can also be used as a preventative treatment.

Clinical experience has shown that Airnergy may be used for a number of conditions and issues and that the benefits include:

"Airnergy has been part of my everyday life for several years now, like brushing my teeth or taking a shower [...] Airnergy has apparent paradoxical properties, it has an invigorating and at the same time soothing effect. [...] It is a truly stimulating tonic that I would not want to miss any more. I am a self-confessed Airnergetic."

Here’s How it Works

75 percent of the ingested atmospheric oxygen is exhaled unused. The human being is a relatively bad breathing-air utilizer. With age, diseases, stress, lack of exercise, unhealthy diet and environmental stress, the body’s ability to optimally supply oxygen continues to decline.

The physical conversion of oxygen from one state to another is made possible by a patented method (with so-called catalysts) that technically replicates the natural process of photosynthesis. The short-lived singlet oxygen reverts back to its basic state (the triplet state) within milliseconds and thereby releases the energy that is liberated from the differential between the triplet and singlet state to the surrounding medium, in this case to water molecules.

To guarantee this process, the air is led through a bottle filled with water in order to humidify the air before it is taken through the catalysts for the second time. This air that is saturated with energized water is then inhaled. In other words, the Airnergy patented technology takes air from the room’s atmosphere and continually transforms it from it’s triplet-state to its high energy state (singlet oxygen) which is the physiologically active form of the oxygen that the body is familiar with. At the time of this conversion, the energy has been released and energized air comes up through the water and the moisture copies the energy into the body. The short-lived singlet oxygen returns in a fraction of a millisecond to its basic state and therefore gives off energy. The water molecules in the respiratory air take over this energy which is then inhaled along with normal respiratory air. The user inhales the air via a comfortable cannula for about 20-30 minutes. The effect may be compared to inhaling a potentiated concentration of fresh mountain or sea air. As a result, it becomes easier for cells to utilize oxygen in the body. Patients will normally experience positive effects pretty quickly because improved oxygen utilization promotes (mitochondrial) cell activity and communication, regulates metabolism and releases new vital energy.

"In September, my doctor told me that I had COPD, when I was coughing constantly 3 or 4 months before hand and had severe respiratory infections. My peak flow (exhalation peak power) decreased to 250 and I always got out of breath even when I was walking through a room. To learn more about my condition, I searched the Internet and found an ad with a video with Dr. C. Steel talking about AIRNERGY. I thought that sounds too good to be true – I have to figure it out for myself. I bought an AIRNERGY Professional Plus and I set it to 100% with 45 minutes. After a few days, I noticed a big difference. I was able to go further than before without being out of breath and my peak flow has now risen to 350 thanks to Airnergy. I could only be on my bike for 1 minute; now I can do it for at least 10 minutes. A month after buying my AIRNERGY device, I went to the hospital for a full knee replacement – my surgeon couldn’t believe I had COPD because my blood oxygen level was 98%. I can only say that this is possible thanks to AIRNERGY. AIRNERGY is not a cure for COPD, but it certainly made a difference to me. I don’t have to cough that much and my respiratory infection is far less. My partner also has sinusitis (nasal inflammation) and allergies and has improved thanks to AIRNERGY. Thank you AIRNERGY for improving our lives."

The quality instead of quantity of oxygen. Do not increase the amount of oxygen supplied to the body, but optimize the usability of the existing oxygen for the body. This is done without the addition of foreign substances, increased oxygen, without ionization or ozone. In the form of breathing air and in a device that is accessible to everyone.

These are a few of the important areas where Spirovital Therapy has been successfully used. This list will certainly be extended when all of the available documents are evaluated. I have made a theoretical analysis of the following clinical pictures with regard to the successful use of Spirovital Therapy and, in this context, produced an anonymised evaluation of all of the patient documents available in the company and have even added a few individual case reports with the permission of the patients in question:

What doctors say about Airnergy ...

"This new basic therapy [...] is fast gaining recognition even in orthodox medical circles — as supplement, for pre- and post-treatment, compensating for unwanted side-effects of invasive treatments, and above all in support of conventional methods."

Opinion: Airnergy in the Wake of Coronavirus

The coronavirus outbreak has become the biggest concern for people around the world. In the wake of this highly contagious virus, I was asked how Airnergy can help combat this potentially devastating virus. Therefore, I would like to share my views on this topic for the purpose of helping people better protect themselves and their loved ones. It has been demonstrated that the onset of coronavirus is highly correlated with one’s immune system, and that a weak immune system can cause widespread inflmamation in the lungs which can then lead to multiple organ failure. Moreover, the administration of anti-inflammatory drugs such as Ibuprofen can potentially accelerate the effects of the virus and potentially lead to a more serious course of the disease. This, coupled with the fact that elderly people and those with pre-existing health conditions are more vulnerable to the virus, suggests that boosting the immune system and reducing oxidative stress are pivotal factors in fighting this virus. Thus my take on the topic of how Airnergy can help strengthen the immune system against coronavirus lies with the following rationale:

"More than 7 years ago I bought an AIRNERGY device, mainly to improve my blood count. Since these 7 years I use the device only 2 times a week; here and there also daily and then half an hour. This led to the oxygen level in my blood becoming optimal and this was discovered by chance when I had to ask the ambulance service for help. They asked me how a woman my age can have a high (good) oxygen level in her blood?

One explanation was that I regularly use my ‘oxygen generator’.

People like to dance and I found that if I didn’t get off the beat, I should go dancing again for a whole evening, even though I’ve turned 72 years old. I would certainly be worse off if I didn’t use the AIRNERGY device, but i can do a lot more physically."

Therefore, There Is No Doubt That Airnergy Can Serve As

an important tool in the fight against coronavirus either as a preventive health enhancer or as a possible therapeutic treatment for people who have already contracted it. Based on my own positive experience with Airnergy over the years, I would like to make the following recommendations:

The above information is the author’s personal opinion only. Readers and users should use their own judgement and/or follow the medical advice of their respective health providers.

Would you like to decide on your own energy station?

Whether for use as a commercial service or for occupational health care (OHM) in the company or for the family privately at home, check availability now.
Demand is Huge - Limited availability
CLICK HERE & GET 600 EUR DISCOUNT »
* Special Offer Now €5850 vs €6450 - for Online Shoppers ONLY! - available while stocks last.

The Device Most Frequently Requested By Customers!

It is easy to operate, virtually maintenance-free and ideal for intensive use in medical practices or clinics, commercial facilities, and for the discerning private user. 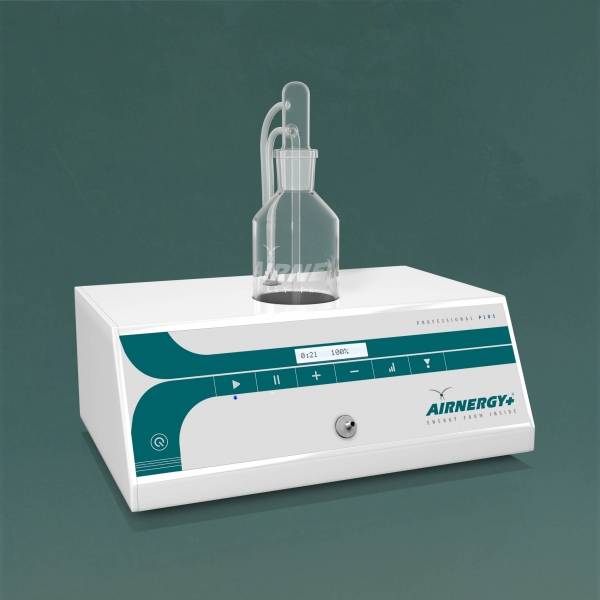